Temples are the epitome of our culture. The sculptures and structure not only represent our cultural splendor but also provides subjects for numerous studies.

Around Bangalore, the Someshwara temple of Halasuru, Bengaluru and the Bhoga Nandishwara temple, Chikkaballapura are famous for their sculptures and architecture. Though the starting period is unknown, the Vijayanagara empire contributed to its major modifications in both temples.

Something I felt admiring was the varied hairstyles of distinct sculptures in both the temples. They always attract me the way they have been sculpted. Representation of hair plays an important role in our daily human life which has been presented in the art. Hair is the first most noticeable part of a person’s beauty, especially in women. It enhances our personality. The hairstyles in the sculptures highlight mainly the trends that were predominant in a particular period. Hairstyles emphasize the bhava (emotions/mood) depicted in each sculpture. The mood of the sculpture can be interpreted according to our imagination by observing the hairstyle, facial expressions and stance of the figure.

The Dwarapalikas which are seen near the entrance of the temple, they are most likely to be seen with a bun at the back and are found to be the most prevalent in both temples. 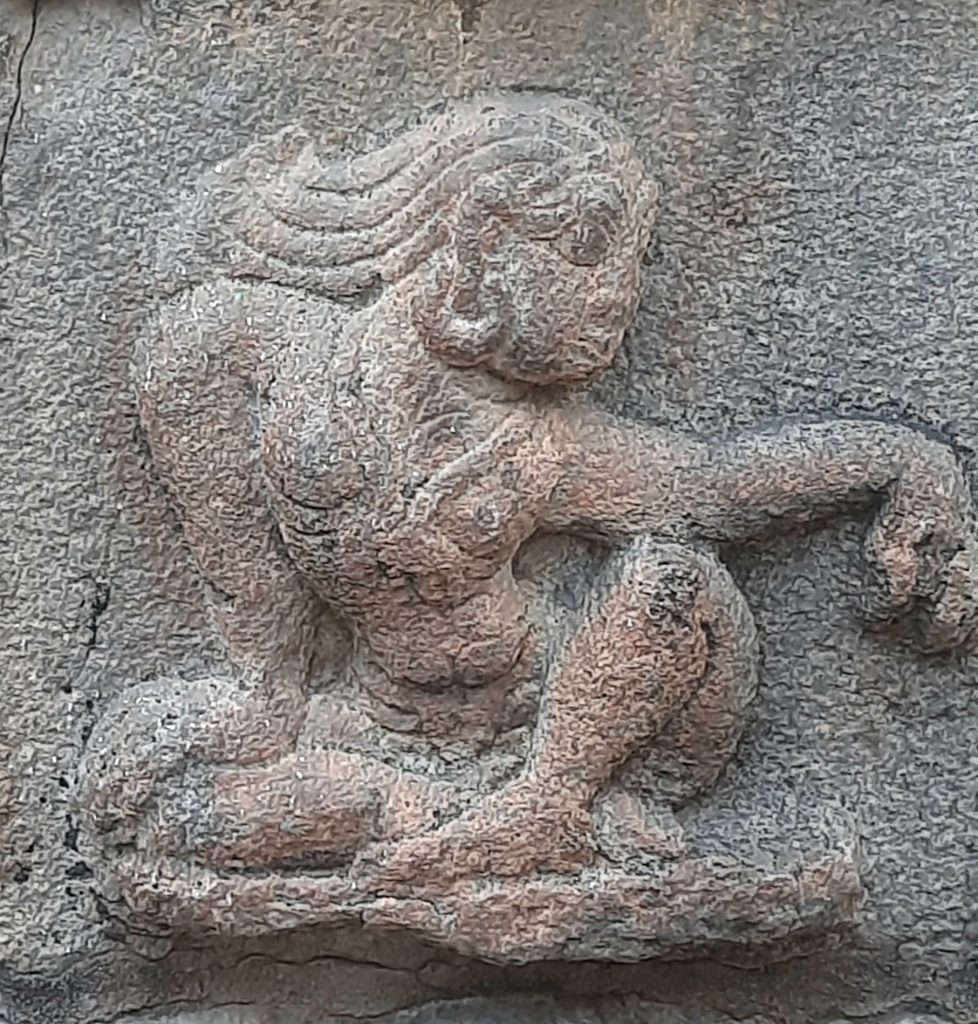 This sculpture depicts a person whose hair is beautifully shown moving in the direction of the wind. The kinetic energy is elegantly sculpted. 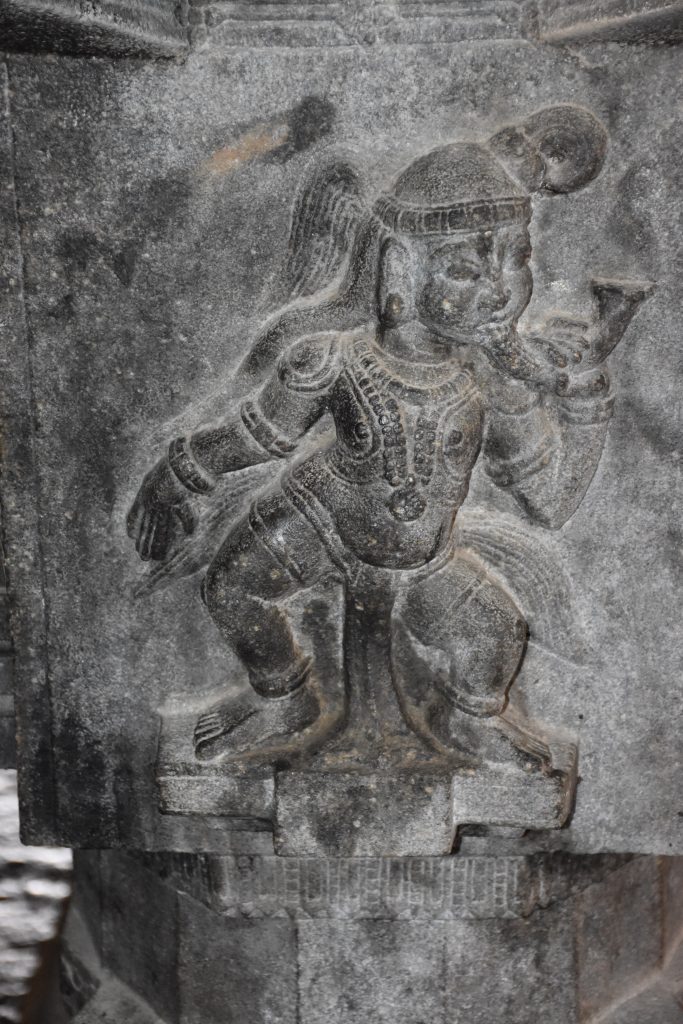 A sculpture in Bhoga Nandishwara temple has a unique hairstyle which is not often found. There is a bun tied at the side and the rest of the hair is left open. This hairstyle is being common in our society. The sculpture playing an instrument is also noticed. 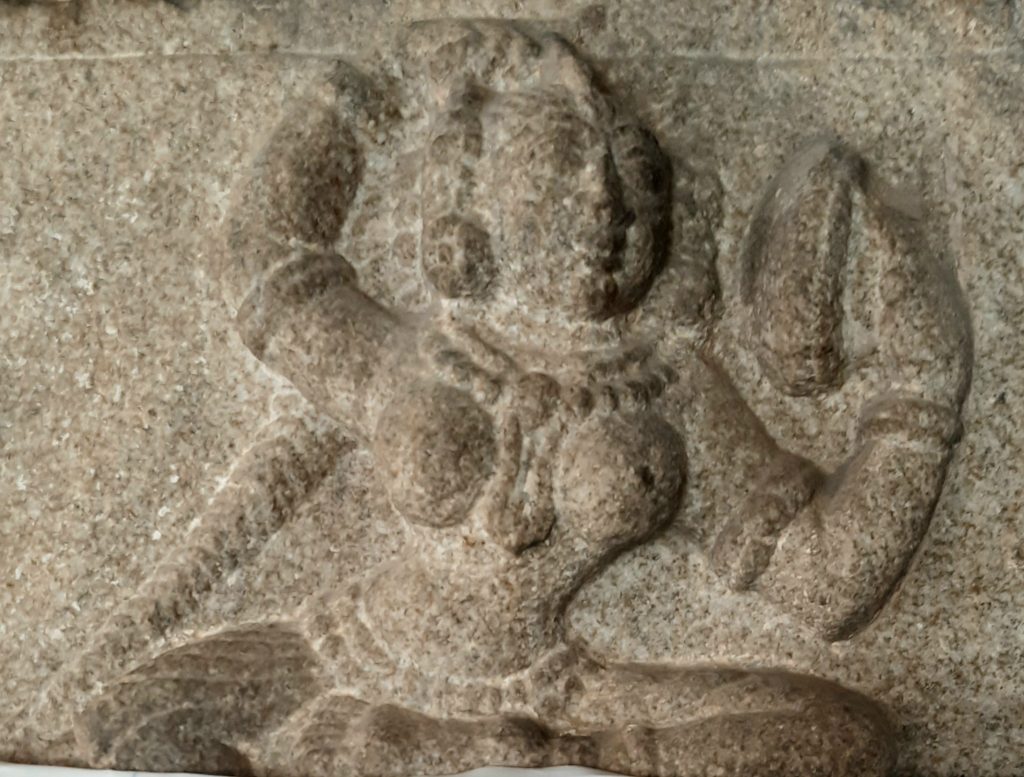 One of the sculptures shown here from the Someshwara temple depicts a person having long hair completely open. 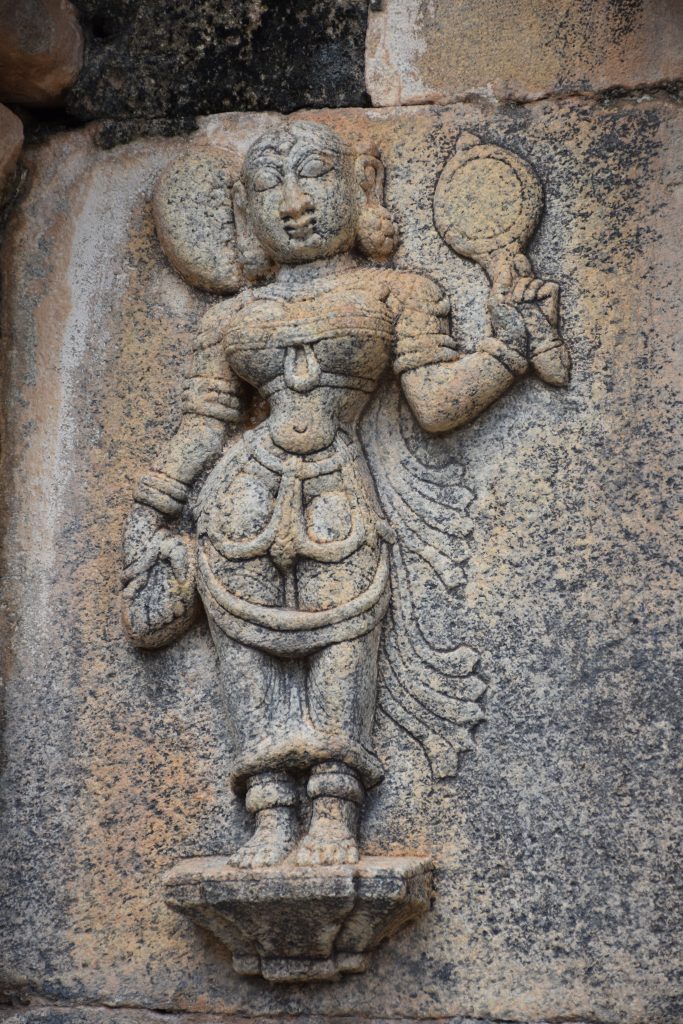 Female sculptures which have open hair and a single bun at the back, sides and top of the head are also seen in both temples. One of the sculptures here in the Bhoga Nandishwara temple show how the girl is getting dressed holding the mirror in her hand. Most of the female sculptures have a bun sculpted on them.

Female sculptures like Chamarada Kanye, and many, others are found on the walls surrounding the Someshwara temple and have beautiful single side buns sculpted on them. There are many sculptures from both the temples which portray female dancers, a lady talking to a parrot, and women playing musical instruments with buns beautifully decorated with flowers/pearls. We can also see sculptures of women doing household chores with undecorated buns. 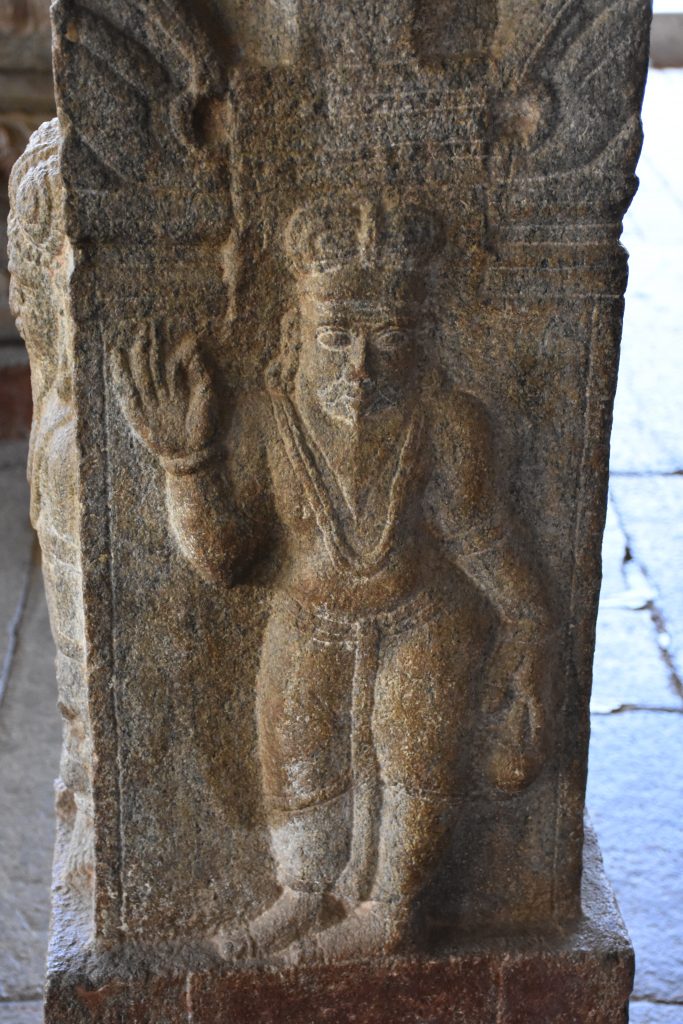 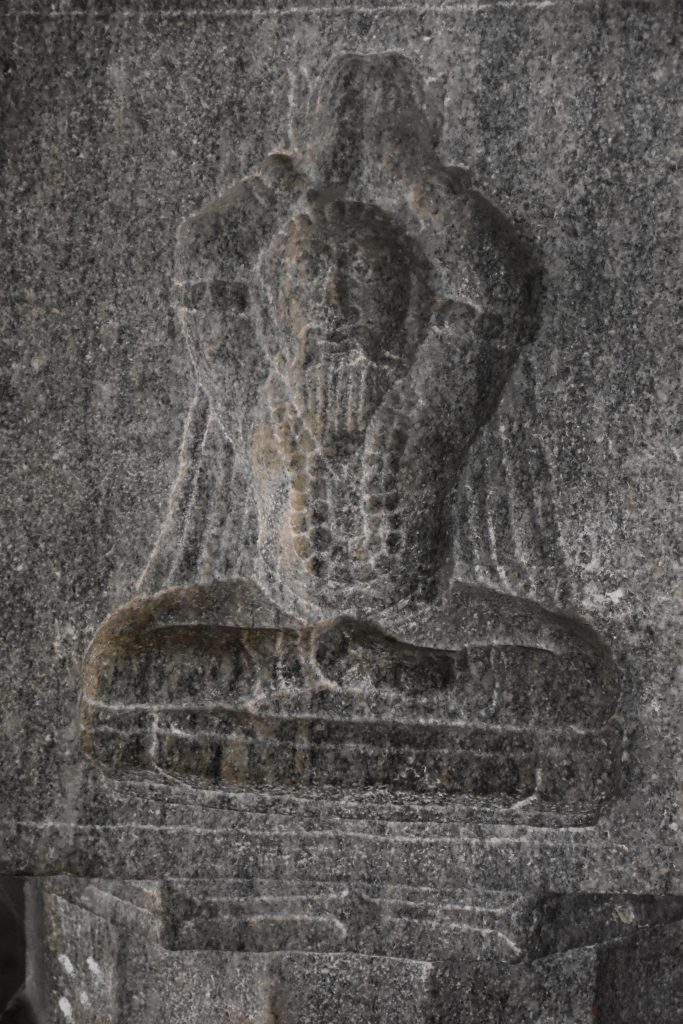 There are plenty of sculptures of Rishis (saints) in these temples. Each one depicts unusual hairstyles. The hairstyles are also numerous and varied. One has the hair opened, and another has the hair tied in a bow-shaped structure. Some have this hairstyle above their heads, or at the sides. These hairstyles can be seen in sculptures depicting males. Many such figures are found in both temples and are very common. 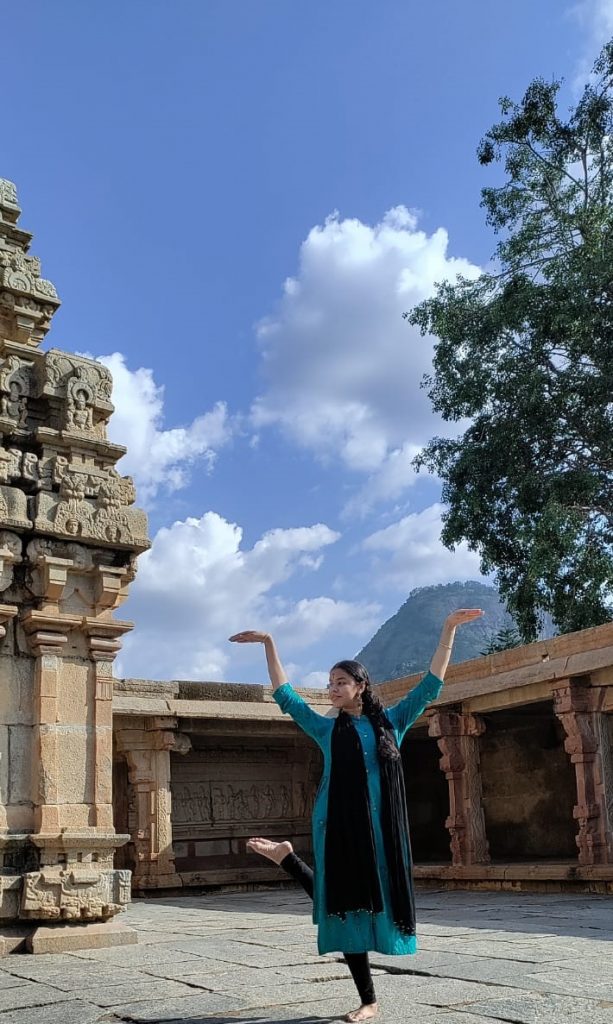 (Author : Shravya K, a young artist from NIRMITI – an Abode of Arts and Culture. She is currently studying in II PU in Jyothi PU College and has been learning Kalakshetra bani of Bharatanatyam since the age of eight from Dr. Dwaritha Viswanatha. She has also been learning Carnatic Classical music, under Mrs. Nagarathna Bhat. She has completed her Bharatanatyam Junior and Senior exams, Music Junior exam, conducted by KSEEB. She is also Intern in Nrityashilpa Yatra- a Temple study programme conducted by Noopurabhramari.)