Just as you exit the hustle bustle of Bangalore traffic, near the Nandi hills, built by the Nolambas is an exquisite temple called Bhoganandishwara. It was later embellished by the Hoysala & the Vijayanagara Dynasties. 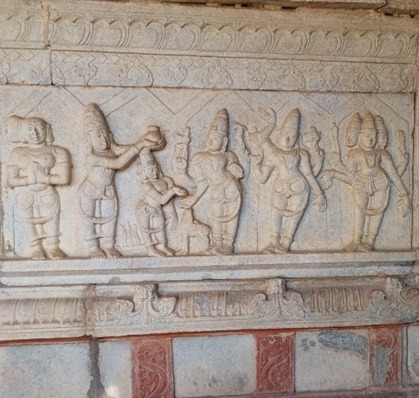 In the Panel at the right most corner we see Lord Bramha, his three heads out of four are visible. Next to Bramha, Lord Vishnu is seen blessing Shiva and Parvathi, in his right hand he is holding pataka and dola in the left, we can see he has Shanka and Chakra. Next to him, is the groom, Lord Shiva wearing a Kirita and holding a deer and an axe. His left hand depicts Varada hasta, bestowing boons to his devotees and right in Dola. Probably a small Nandi is seen near his right hand.

The next in the panel is Goddess Parvati who is also wearing a simple Kirita, holding out her right hand towards Shiva and her left hand is in dola. The design on the crown looks as though both of them are wearing Basingas an ornament worn during weddings in Karnataka and Andhra regions. Seeing Parvati and Shivas’ positions of their hands it looks as though Kanyadana is happening.

There is a sculpture of a man depicted next to Parvati doing Kanyadana probably Parvati’s father, Parvataraja whose crown resembles a mountain range, a very thoughtful suggestion by the sculptor. There is a woman probably Parvati’s mother, holding Anjali and sanding in Samapada, indicative of prayers for Parvati and Shivas’ happy married life, wearing a hair knot to the right of her head.

There is another Mantapa enshrining Apita Kuchaambha. There is a Girija Kalyana in that wall of the Mantapa which is similar to the one we saw in the Girija kalyana sannidhi (Mantapa). 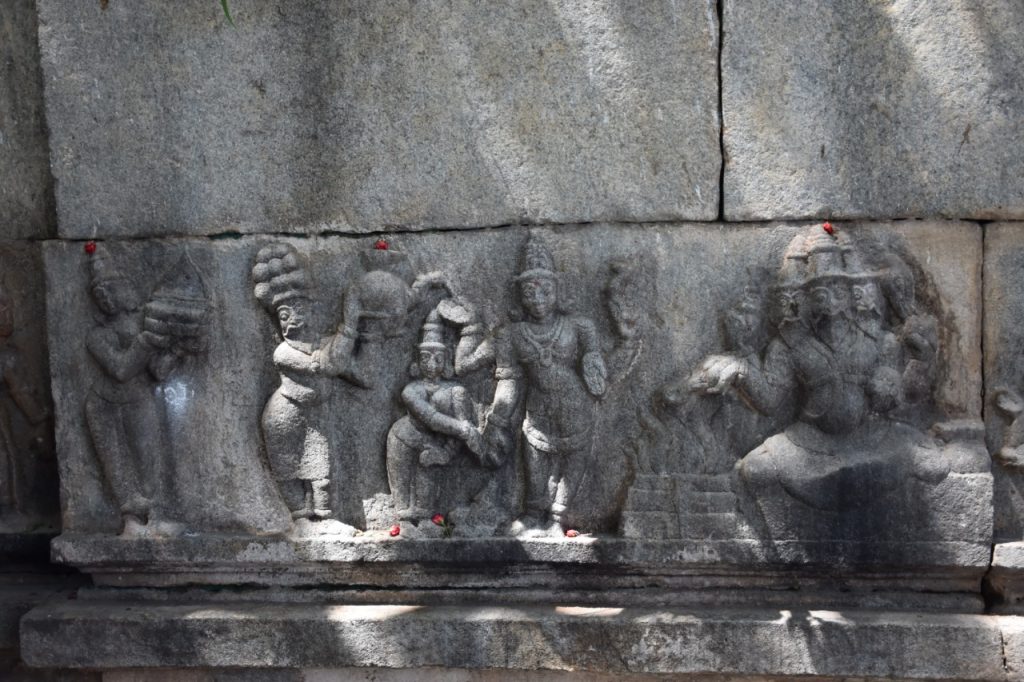 This picture represents a panel in the temple of Someshwara at Halsooru, Bengaluru.

Here it can be noted that Brahma is sitting near the sacrificial fire. We can see that the Kanyadana is being done by Parvata Raja and the mountain like depiction on his crown is seen clearly here. Instead of Parvati’s mother there is another lady standing with a lamp or probably gifts and sweets for Shiva and Parvati.

It is observed that the same scenario has been interpreted in their own ways by different sculptors. It is so fascinating as the sculptors had only their imagination and no factual representation of the scenario. There are many minute details which suggest profound ideas. By this, it can be inferred that art is so much more than what we have considered it to be and is very enlightening. 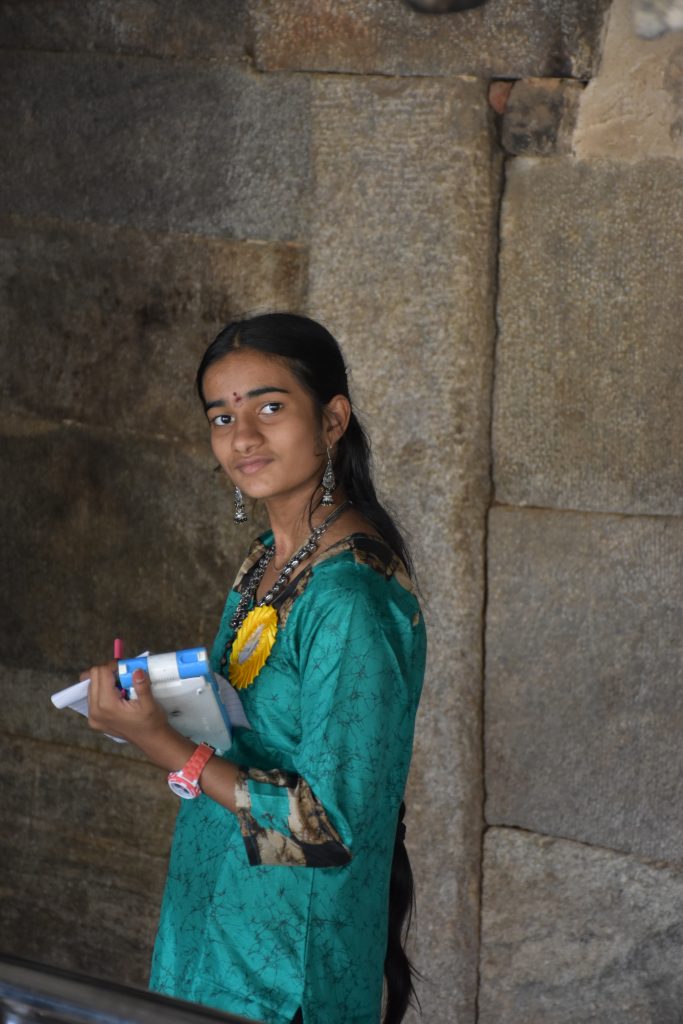 Her passion and interest towards dance makes her a quick learner. With an intent to equip herself better for this art form, she learns Carnatic vocal music and attends theatre workshops. She also trains in Kalaripayattu and Gymnastics for better body control. Apart from all these, Dhriti learns Bhagavadgita and can recite 4 chapters from memory.
She has performed along with Nirmiti Troupe at  various occasions. Dhriti is a state level Kalari champion. Currently studying in 7th Standard of Sri Kumarans Children’s Academy,  and also pursuing Nrityashilpa Yatra- Temple study programme conducted by Noopurabhramari.)